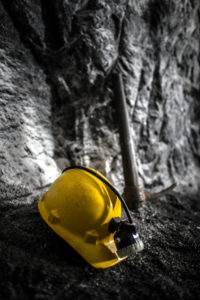 According to data released on October 11, 2016 by the US Department of Labor’s Mine Safety and Health Administration (MSHA), the fiscal year of 2016 was the “safest year in mining history.” Assistant Secretary of Labor for Mine Safety and Health, Joseph A. Main, announced at the National Mine Health and Safety Academy in Beaver, West Virginia that between Oct. 1, 2015 and Sept. 30, 2016, the mining industry experienced a historic low of 24 deaths across the nation’s more than 13,000 mines – down from 38 mining deaths in FY 2015 and 30% below the next lowest annual total of 34 deaths in FY 2013.  This historic safety milestone included a 133-day stretch in late 2015 without a single metal/non-metal (MNM) (i.e., non-coal mine) mining death, and the first time in MSHA’s recorded history with no MNM fatalities in the traditionally “deadliest” month of October.

MSHA attributes this reduction in fatalities to a combination of aggressive enforcement efforts at MNM mines over the past 18 months, enhanced outreach and training opportunities in both divisions, including an increase in onsite “walk and talks” and the initiation of quarterly, national conference calls for stakeholders with Mine Safety trainers, and cooperation from industry.  In spite of the positive safety trend, the Agency does not intend to rest on its laurels, as Assistant Secretary Joseph Main has made clear in recent stakeholder meetings.  Referring to the four fatal mining accidents that occurred in September 2016 (three in MNM, one in coal), Secretary Main cautioned that the safety gains made in FY 2015 are beginning to erode and called on all industry stakeholders, including mine operators, miners’ organizations, associations and trainers, “to increase their attention to the conditions and hazards that are leading to fatalities.”  Together, said Main, the Agency and industry “can – and must – strive to reach zero mining deaths.”

Continued Enhanced Enforcement Initiatives for MNM and Coal Ahead

Operators should be prepared for another year of enhanced enforcement and increased MSHA presence on mine sites, especially during the remaining weeks of “Deadly October.” According to MSHA’s most recent “Seasonal Safety Alert,” sixty-one miners have died at MNM operations during the month of October, including ten miner deaths in October 1999 and eight in October 2002, leading to an average of more than three fatal accidents each October since 1998.   Last year, MNM mines went without a fatality in the month of October, a statistic that reinforces MSHA’s sense that the enhanced enforcement and outreach efforts are working.  MSHA has once again temporarily reassigned 40 coal mine inspectors to inspect MNM mines, to conduct “walk and talk” safety sessions with hourly miners under special emphasis designations, and to scrutinize a number of hazards, job categories and standards associated with fatal accidents in recent years. MSHA plans to continue publishing weekly accounts of “near-miss” accidents as well as monthly safety alerts for MNM mines.

On the coal side, MSHA warned operators on an October 4 stakeholder call to expect an increase in “walk and talks” with hourly miners, stemming in part from more than 1,100 non-fatal lost-time injuries in the sector during about a year period.  Agency officials described the new coal mine Compliance Assistance Program, which since May 2016, has resulted in 1,720 compliance assistance inspections at coal mines.  The Agency also launched a new “Stop and Take a Breath” initiative at the end of August, and as of the October 4 stakeholder meeting, the Agency has made 958 mine visits and spoken to 21,206 individuals.  The initiative will continue through December.

In addition to these new enforcement efforts, MSHA is continuing to oversee its Rules to Live By and monthly impact inspection initiatives.  On July 1, 2016, MSHA launched the “Rules to Live By IV” Initiative for both coal and MNM mines, in which MSHA inspectors are directed to pay careful attention to compliance with certain regulatory standards – the violation of which has contributed to at least five mining accidents resulting in fatalities during a ten year period.  In the newest “Rules to Live By” initiative, MSHA has added compliance with 30 C.F.R. § 57.3201 (proper scaling techniques) for MNM mines and 30 C.F.R. § 77.207 (illumination) for coal mines to the list of standards compliance with which inspectors are directed to particularly scrutinize.

Since April 2010, MSHA has been conducting monthly impact inspections at mines that merit increased agency attention and enforcement due to “poor compliance history or particular compliance concerns.” Since then, MSHA inspectors have conducted 1,190 impact inspections and issued 16,695 citations, 1,318 orders and 60 safeguards.  In August 2016, the most recent month for which impact investigation statistics are available, MSHA inspectors issued 105 citations and one order during special impact inspections conducted at eleven coal mines and six metal and nonmetal mines in Alabama, Colorado, Florida, Idaho, Indiana, Kentucky, Michigan, Ohio, Pennsylvania, Utah, Virginia and West Virginia.

Operators can also expect to see a renewed emphasis by MSHA on hazard complaint response.  According to a report published on September 30, 2016 by the US Department of Labor Office of Inspector General (OIG), MSHA did not log, assess, and respond to complaints of hazardous mine conditions consistently across districts because each district has developed “its own processes based on its own interpretation of the MSHA Hazard Complaint Procedures Handbook.”  OIG recommended that MSHA implement consistent guidelines for handling complaints, establish standard completion goals for post-complaint inspections, provide additional training to district personnel, improve call center scripts and training for call center staff, and establish a stronger triage mechanism for incoming complaints. In his written response to the OIG Report, Main agreed that MSHA could improve its guidelines and call center training.  Resultantly, operators should expect swifter response times from MSHA to reports of hazardous conditions at mine sites.