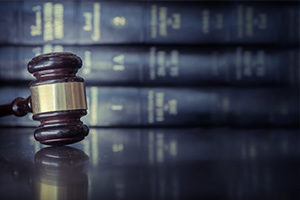 Some of the most impressive-sounding statements in the Orders are unlikely to have much real consequence. Executive Order 13,892 is titled “Promoting the Rule of Law Through Transparency and Fairness in Civil Administrative Enforcement and Adjudication.” Exec. Order No. 13,892, 84 Fed. Reg. 55,239. The Order declares that “[g]uidance documents may not be used to impose new standards of conduct on persons outside the executive branch.” This was already the law; the D.C. Circuit has long held that “[w]hen [an] agency applies [a general statement of] policy in a particular situation, it must be prepared to support the policy just as if the policy statement had never been issued.” Nat’l Mining Ass’n v. McCarthy, 758 F.3d 243, 252 (D.C. Cir. 2014). The Order says agencies “must avoid unfair surprise”; and then to describe what that means, the Order refers to a Supreme Court case that already said agencies should avoid unfair surprise.

The Supreme Court has also already held, although the Order does not mention it, that an agency cannot determine conduct to violate a statute or regulation unless the agency’s previous regulatory pronouncements provide “fair notice” of what the law requires. FCC v. Fox Television Stations, Inc., 132 S. Ct. 2307 (2012). The Order says an agency cannot rely on a guidance document to impose legal consequences unless it has published the guidance in the Federal Register. The Administrative Procedure Act already says largely the same. See 5 U.S.C. 552(a). The Order says an agency doing an investigation must get Paperwork Reduction Act clearance for its information demands, or tell investigation targets that they are not required to respond. But the Order excludes from that mandate any investigation exempted by the PRA—with reference to the statutory provision that is already the basis when agencies do investigatory collections of information without PRA clearance. So, no net change.

The fact that the Order turns out to be so thin is a consequence of a tension inherent in Executive Orders. These documents regularly say that they are not meant to impair or affect the legal authority of any agency, and they don’t create rights enforceable against the agencies. (We don’t mean to say the ground rules are always legally necessary. Simply that executive orders routinely include these ground rules, and the two “guidance” Orders do too.)   Those ground rules limit the practical consequences of an Executive Order. Consider, for example, one of the pronouncements in the “enforcement” Order that sounds most consequential. The Order says any decision on which an agency relies to assert “a claim to regulate a new subject matter or an explanation of a new basis for liability” must be published before the occurrence of the conduct that the agency tries to regulate. Now suppose an agency learns of conduct that it is convinced violates the relevant statute or regulations, in a way that hasn’t previously been the subject of enforcement. Given the two ground rules, the “enforcement” Order does not bar the agency from investigating the conduct or from taking enforcement action. If the agency has the legal authority, the Order doesn’t change that. Consequently, the Order only says the agency’s enforcement action can’t rely on any unpublished documents.

Executive Order 13,891 is titled “Promoting the Rule of Law Through Improved Agency Guidance Documents.” See Exec. Order No. 13,891, 84 Fed. Reg. 55,235. For this Order, too, the ground rules limit the impact. Consistent with the ground rules, the Order does not tell agencies they must stop using their existing guidance documents or stop issuing new ones. Instead, it instructs agencies to review their existing guidance documents and decide which ones to keep. This is valuable housekeeping, but it may not change much of the practical reality of regulation. The guidance documents that an agency discards after this review will mostly be, one suspects, the ones that are no longer important.

The “rulemaking” Order does contain some important new mandates. First, agencies are to establish web-accessible, searchable databases of their guidance documents. Some agencies (such as the Consumer Financial Protection Bureau) already provide databases like this. It will be immensely useful to have such databases more broadly. This should be welcome news to anyone who has had to search far and wide for current and relevant agency guidance.

The timing of these procedural regulations is important to remember. The Order says the Office of Management and Budget is supposed to issue guidelines, including about what types of guidance documents should be considered “significant.” Agencies are then supposed to produce their procedural regulations within 300 days after the OMB guidelines come out. It will be tough for agencies to get this done given the pressures they already face in the last year before an election. And a project like this might not get high priority.

The upshot is that it will take careful strategy to make best use of these executive orders. If you have struggled with a particular guidance document in the past, neither order eliminates that guidance. And if you worry about the impact of future guidance, neither order, by itself, does much to reduce the risk. Still, the orders provide avenues for engaging with regulatory agencies to make further progress. The guidance lookback under the “rulemaking” order is an opportunity to ask agencies to review, and perhaps, revise, their thinking on topics that were previously settled. Bear in mind that this lookback, unlike past versions like the Obama Administration’s regulatory lookback, is happening on a compressed schedule. It will take targeted input to get an agency to focus on a particular guidance that it should consider discarding.

The procedural regulations that agencies are supposed to issue can also have important long-term consequences—if agencies actually issue them. Government relations teams should consider engaging in continued communications to encourage agencies to follow through on these.