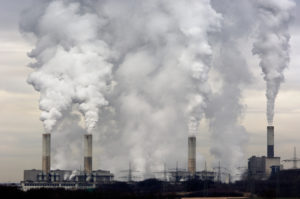 As 2015 came to a close, the Ninth Circuit Court of Appeals quietly notified the parties in a decades-long environmental dispute that, in April 2016, the court will hear arguments in a case that could reshape CERCLA liability forever.  The basis for the pending appeal is a district court order holding that air emissions could constitute a “disposal” of hazardous substances under CERCLA.  The ruling was a first, and now has industrial facilities around the country watching and anxiously awaiting the resolution of the appeal in Pakootas v. Teck Cominco Metals Ltd., Ninth Circuit Case No. 15-35228.  The result will reveal whether air emissions will form a new basis for CERCLA liability.

Originally filed in 2004, the plaintiffs in Pakootas alleged, among other claims, CERCLA liability against a Canadian smelter, Teck Cominco Metals Ltd., for discharging millions of tons of slag and effluent containing hazardous substances into the Columbia River over a period of roughly 100 years.  Those discharges, which started in Canada, resulted in the hazardous substances settling downriver in the United States at a site known as the Upper Columbia River Site (“UCR Site”).

While Teck resolved the originally pled CERCLA claims by way of stipulation early in the litigation, the plaintiffs persisted in seeking to amend their claims to add a novel legal theory – that Teck could be liable under CERCLA as an “arranger” based on air emissions from its smelting operations in Canada that eventually settled on the soil or water at the UCR Site.  Nearly 10 years after suit was originally filed, the District Court finally allowed the amendments.  Teck immediately sought dismissal of the new allegations on the basis that air emissions do not constitute “disposal” as that term is defined by CERCLA, 42 U.S.C. §9601(29) (incorporating the definition of “disposal” from RCRA, 42 U.S.C. §6903(3)).  The District Court disagreed, reasoning, in part, that “[h]ad Congress intended that CERCLA not apply to remediating contamination resulting from aerial emissions, it would have made something that significant abundantly clear in the statute.  It obviously did not do so.”

Shortly after Teck lost its air emissions challenge in the District Court, the Ninth Circuit resolved a separate air emissions challenge based on another federal environmental statute in CCAEJ v. BNSF Railway Co., 764 F.3d 1019 (9th Cir. 2014) (“CCAEJ”).  As discussed in a prior blog post, at issue in CCAEJ was whether air emissions that eventually fell onto land constituted a “disposal” of solid waste under RCRA.  In pertinent part, the Ninth Circuit held that under RCRA, air emissions of diesel particulate do not constitute “disposal” of solid waste and therefore do not provide a basis for a RCRA claim.  Because both CERCLA and RCRA use the same definition of “disposal,” Teck immediately sought reconsideration of the District Court’s decision.  The District Court denied reconsideration and certified its decision for interlocutory appeal.  In denying reconsideration, the District Court distinguished CCAEJ by reasoning, in part, that while the definition of “disposal” is the same in CERCLA and RCRA, the statutes differentiate location of the disposal: CERCLA requires a disposal at a “facility,” and RCRA simply requires a disposal.