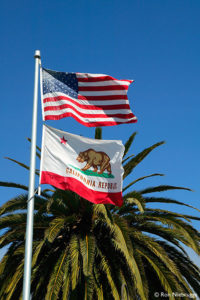 Last month, the California State Water Resources Control Board (State Board) hosted a comprehensive two-day seminar on per- and polyflouroaklyl substances (PFAS) in California. PFAS are a family of an estimated 4,000-6,300 chemical compounds that have a variety of applications due to their stability in the environment.  Although some reports suggest that these chemicals are ubiquitous in the environment, such pervasiveness may be explained by sampling for parts per trillion, in contrast to the parts per billion or million for which most chemicals are sampled.

Presenters at the California PFAS seminar included staff members from the State Board, as well as staff members the Office of Environmental Health Hazard Assessment (OEHHA), and the Department of Toxic Substances (DTSC). All three organizations are sub-agencies of the California Environmental Protection Agency (CalEPA). A representative from California’s Department of Public Health also provided an update on its California Regional Exposure (CARE) PFAS study designed to measure levels of PFAS in people throughout the State. Representatives from the United States EPA (U.S. EPA), and from various members of the scientific, legal, and NGO communities also presented.  The conference was widely attended by water supply and waste water treatment providers, technical consultants, NGOs, and lawyers.

Participants generally acknowledged during the two-day seminar that current efforts to regulate PFAS outpace the state of the science and understanding of the comprehensive set of these compounds.  Although long-chain legacy PFAS compounds such as PFOA and PFOS have garnered the most attention, relatively little is understood about the prevalence and use of myriad other compounds in the PFAS family, including the newer, shorter chain “NextGen” compounds. Indeed, only around 40 compounds of this large family of chemicals are presently detectible and quantifiable using existing standardized analytical methods. As a result, many participants grappled with the clear tension between a general desire to develop meaningful regulations and the need to do so in an informed and deliberate manner.

Investigating PFAS in California, like much of the rest of the country, can be generally traced back to 2012 when U.S. EPA required nationwide testing for six PFAS compounds by public water systems in the third Unregulated Contaminant Monitoring Rule (UCMR) monitoring event under the Safe Drinking Water Act (SDWA). During the Summer of 2018, California came out with initial notification and response levels for PFOA and PFOS.  In February, 2019, U.S. EPA announced its PFAS action Plan, and shortly thereafter, the State Board issued an order requiring California airports and landfills to investigate select PFAS compounds. In the Summer of 2019, California passed legislation enabling the State Board to require public water systems to test for PFAS.

More recently, on October 25, 2019, the State Board issued an investigative order requiring chrome plating facilities to test for PFAS compounds.  State Board representatives during the December PFAS Seminar advised that the next sectors expected to be addressed are (1) refineries and bulk terminals, (2) waste water treatment plants, and (3) secondary manufacturers who use PFAS-containing materials in their manufacturing processes. Once source-specific investigations have been completed, the State Board intends to adaptively manage water supply testing at the watershed level, moving away from the sector-by-sector investigation it is currently undertaking with statewide orders. Furthermore, EPA stated at the seminar that it is likely that additional PFAS compounds will be tested in UCMR 5 in 2023.

Nationally in 2019, Congress considered legislation to regulate PFAS as a family, and PFOA and PFOS specifically. Due to the presence of PFAS compounds found at and near some DOD military bases, the focus was on legislating PFAS through the National Defense Authorization Act (NDAA).  The House pushed to direct EPA to list the entire PFAS family as hazardous substances under CERCLA, which would function to compel cleanup of PFAS releases throughout the country.  The House also sought to require development of a Safe Drinking Water Act MCL for the entire family of PFAS in drinking water. The Senate sought to limit any hazardous substance listing or drinking water MCL to PFOA and PFOS rather than the entire PFAS family. When the Conference Report for the final version of the Fiscal Year 2020 NDAA was released in mid-December, it contained no provisions regarding hazardous substance listing or an MCL. The NDAA Conference Report did include specific bans on applications of PFAS for firefighting training activities and in ready to eat food packaging, a phase out of the military’s use of PFAS-based firefighting foam beginning in 2024, and called for development of information on destruction and disposal of PFAS-based firefighting foam.  In response to the final version of the NDAA’s limited PFAS provisions, House leadership has expressed intent to bring a separate House Bill to include all the strongest provisions originally desired by the House.

Although Congress did not use the NDAA to direct the U.S. EPA to regulate any PFAS compounds, U.S. EPA is continuing implementation steps under its own initiative, as set out in its February 2019 Action Plan, to potentially regulate PFOA and PFOS.  In the February 2019 Action Plan, U.S. EPA announced its intention to “initiat[e] the regulatory development process for listing certain PFAS as hazardous substances under CERCLA.”

The agency also indicated it is “committed to following the Safe Drinking Water Act process for evaluating drinking water standards for PFAS, including an MCL for PFOA and PFOS.” An update from U.S. EPA on its current position regarding these potential regulatory actions is expected soon. Thus, even though no federal legislation has mandated U.S. EPA to list any PFAS as a hazardous substance or to develop a drinking water MCL, the agency still may decide to regulate independently. In the meantime, California, and an increasing number of states are aggressively pouring their own resources into investigation and potential regulation of PFAS.

As local, state, and federal authorities grapple with how to address PFAS compounds, members of the scientific community continue working to understand them. Meanwhile, California has already announced to the public its intention to develop a drinking water MCL for PFOA and PFOS as early as the fall of 2023. Squire Patton Boggs will continue to monitor various efforts to regulate PFAS.