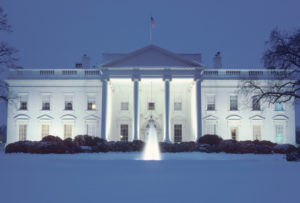 On January 21, 2016, Senate Republicans failed to override President Obama’s veto of a recent legislative attempt to block the “Waters of the US” Rule. The challenged Rule defines the term “waters of the United States” under the Clean Water Act, while, as we noted previously, expanding federal jurisdiction over waters that were not previously covered.

President Obama reasoned in his veto message that the Rule is “critical to . . . efforts to protect the Nation’s waters and keep them clean” and that attempts to eliminate the rule seek to “deny businesses and communities the regulatory certainty and clarity needed to invest in projects that rely on clean water.”

The resolution was made under the Congressional Review Act, which allows Congress to enact a “resolution of disapproval,” overturning any rule promulgated by a federal administrative agency as long if it passes both houses of Congress and is signed by the President, or passes both houses by two-thirds majorities. The Act also allows Congress to avoid both committee deliberation and the possibility of filibuster.

Although the veto is no surprise, the Congressional resolution places the issue more directly into the spotlight of this fall’s Presidential elections. Donald Trump, Ted Cruz, and Marco Rubio have all expressed displeasure at the rule.

In the near term, interested parties await a decision from the US Court of Appeals for the Sixth Circuit regarding whether that court or the district courts have jurisdiction to hear the case. The rule has been stayed nationwide by the Sixth Circuit while the court resolves this jurisdictional question.